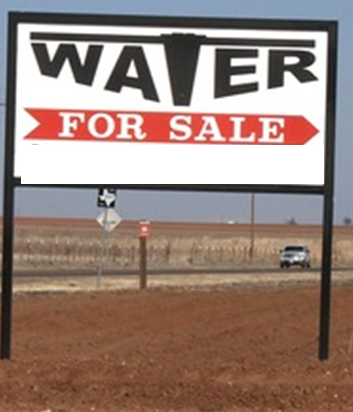 Gabriel Collins, “How Much Can You Sell Brackish Water For in West Texas?,” Texas Water Intelligence™, Water Note #2, 27 June 2016.

How much can you sell that brackish water for? As rising oilfield activity and volatile precipitation patterns collide, this is an important question that West Texas landowners will increasingly face.

In dry West Texas, brackish water is a valuable commodity that in some instances can be sold at prices comparable to those for freshwater. For instance, one large water developer has sought a price of $0.50/bbl for brackish water from its ranch south of the Delaware Basin oil & gas development sweet spots. This is a “pipeline mouth” price after an approximately 50 mile journey, so it is discounted relative to what freshwater would likely sell for under the same circumstances. Yet Pecos SS’s stated price point still suggests that even at the wellhead, brackish water in areas with significant oilfield demand could be worth $0.25 or more per barrel.

While the market is opaque, my initial research reveals multiple illuminating data points. For instance, on the eve of the oil price crash in late 2014, STW Resources structured a deal in Upton County under which it was asking $1.10/bbl for brackish water that would be cleaned up with reverse osmosis and sold under take-or-pay agreements.

The fact that the company believed it could sign customers up for term volumes, combined with the substantial asking price, suggests the area had significant oilfield water demand and insufficient freshwater supplies to meet that demand. Such situations present an ideal “pocket of opportunity” for a party seeking to market brackish water. It bears noting that STW has agreed to pay the ranchers whose tracts will supply the brackish water a royalty of 23% of the water sales price, or approximately $0.25 per barrel if water is indeed sold at $1.10/bbl.

For comparison, in the Texas Permian and Delaware Basins, freshwater supplies have sold in the past four years for as little as $0.02 to $0.03/bbl (production royalties charged by a large public landowner) but generally track between $0.50 and $0.90/bbl (Exhibit 1). Prices occasionally run significantly higher based on specific local circumstances and the urgency of a consumer’s needs, among other factors. 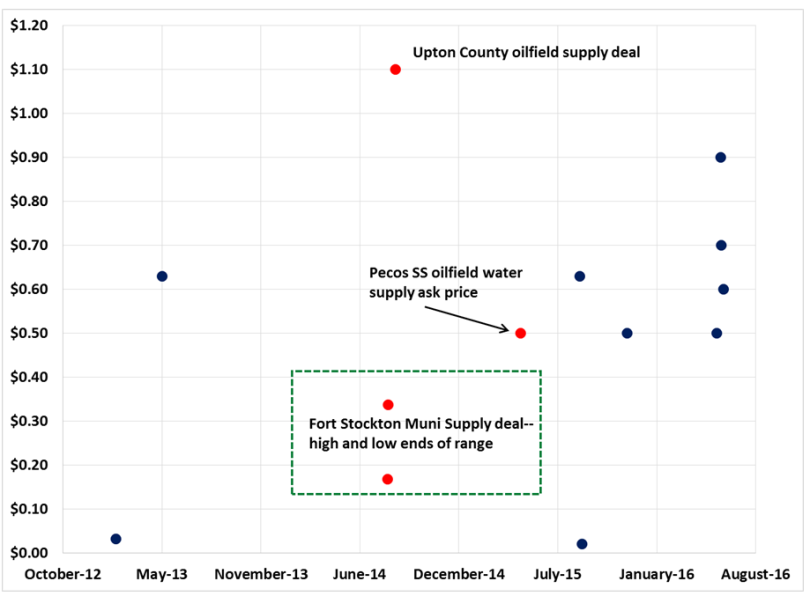 The price of brackish water in the Permian Basin—especially that supplied to energy operators—is intensely local and based on demand and availability of alternative supply sources. It will also be increasingly driven by pressure on companies to reduce the burden of fracing on local freshwater supplies, a dynamic against which major E&P operators are already investing millions of dollars in response.

Total dissolved solids (“TDS”) will likely also factor into the valuation. For instance, the Pecos SS water proprietors claim their supplies contain approximately 5,300 ppm total TDS (1,125 ppm chlorides), which is not especially saline and requires little if any pre-treatment. That helps hold costs down. Water from a more saline source and/or one with higher sulfate or boron content would require significant treatment or dilution to be usable for many purposes and so would likely be worth significantly less on the market (if a buyer could even be found).

The next analysis in this series will feature a detailed hypothetical assessment that compares the value of brackish water production to a landowner versus the income that an oil and gas production operation could yield.